We’re back on Broadway, in San Francisco’s North Beach, as former saloon keeper, and author of “Broadway North Beach- the Golden Years”, Dick Boyd introduces us to his nightclub, Pierre’s. He’ll share a few behind-the-scenes stories about changes in The City’s adult-entertainment area. We’ll meet his first waitress (and hooker’s right’s advocate, Margo St. James).  And we’ll hear about a band of women who’s popularity had nothing to do with their musical talents.

On this episode, we visit what is, arguably, the oldest drinking establishment still in existence in San Francisco- The Saloon. Built in 1861, this is one of the few survivors of the ’06 Quake and Fire. In North Beach, there are lots of options when you want entertainment, but none can compare to the special cocktail of booze, Blues and true San Francisco characters like The Saloon offers.

Join us on a trip to that faraway land known as Colma, as we visit a landmark for thirsty travelers, drinkers and mourners since the 1880s, Molloy’s Tavern. Nestled among the cemeteries in The City of the Dead, we’ll learn about its past, meet the family, and attend an annual celebration with a historical drinking society (or is it a drinking historical society? YOU make the call!)

San Francisco has been home to some of the greatest saloons in the world. Most are but a memory, but a few classics remain. Arguably, the most beautiful survivor would be Vesuvio Cafe on Columbus between North Beach and Chinatown.  Owner Janet Clyde was gracious enough to give us an inside look at this iconic establishment.

Thrillist recently posted a list of “14 San Francisco Bartenders That You Need to Know.” That very subjective list (as all lists usually are) has bartenders from establishments that I either don’t know, or is “impossible to find” (a compliment, I guess), or that I won’t be visiting in the foreseeable future.  That all said, their list inspired me to make a list of “9 San Francisco Bartenders You Need to Know (or Wish You Could Have Known)”. (and, yes, my list is very subjective as well…)

Meredith Godfrey
BAR: Ray’s Hearth, Inner Richmond
One of the funniest people on Earth and a fantastic bartender, Meredith is the reason to make a trip to 11th and Geary. And she’ll herd your elephants if needed. 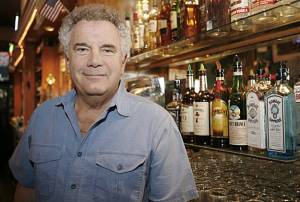 Seamus Coyle
BAR: Where DIDN’T he work?
The most surly, funny, incredible, profane and perfect example of Irishman ever to pour a drink. He is missed.

Barbie Tice
BAR: The Bell Tower
The nicest bar owner ever. Ask her employees. And anyone that has had the pleasure of hanging with her at The Bell Tower.  Simply one of the all-time best.

Silvio Maniscalco
BAR: Gino & Carlo
The great Sil gets his own place on the list, simply because he is one of the good guys, and he makes the perfect Negroni. 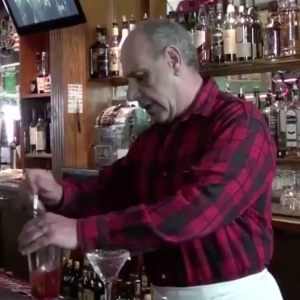 Pat Lane
BAR: Molloy’s Tavern, Colma
Sure, it’s not officially San Francisco, but it’s where every Native goes when visiting a dearly departed loved one. Pat will make that trip worth your while with an excellent Irish Coffee and a bit of the blarney.

Victoria d’Amato
BAR: Tony Nik’s, North Beach
Amazing energy and personality, and poured a stiff cocktail, made to perfection. Tony Nik’s hasn’t been the same since she left. Period.

Chuck Klein
BAR: The Gold Dust Lounge on Powell, Union Square
This urbane gentleman held down the opening shift at the original GDL location. Made great conversation and a superb Bloody Mary. Gone, but not forgotten.

Michael Chan
BAR: Mr. Bing’s, Chinatown
The coolest bartender in Chinatown, or any other town, for that matter. Master of Golden Tee. Besides the wall painting of the tennis playing gal baring her ass, he was the reason to stop at Bing’s.

Snooky Fahey
BAR: Fahey’s, Sunset District
For 40 years, Snooky held court at his bar on Taraval.  Fahey’s was conveniently open (like most good San Francisco bars back in the day) at 6am, always served free hot dogs. Nicest man ever.

Mike English
BAR: Perry’s, Cow Hollow
Perry Butler has hired some to the greatest bartenders of all time to work his saloon on Union Street. One of the best was Mike English, mainly for 2 reasons: his cocktail skills and his storytelling. I was lucky enough to be there as he shared, from behind his pink-framed reading glasses, some of the funniest, booziest tales ever heard. 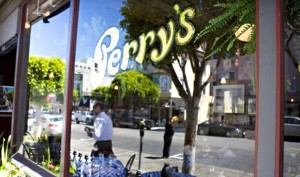 Marty Lindstrom
BAR: Balboa Cafe, Cow Hollow
Walk in the door and there he was in his white coat and that big smile. He was the self proclaimed “world’s nicest human”. He’s got competition for that title right here on this page, but Marty wasn’t far off base.

Cookie Picetti
BAR: Cookie’s Star Cafe, Portsmouth Square
Digging into the depths of my dark mind, but I had the privilege of being served by this legend back when I was a 17-year old Lumper hauling restaurant supplies into the sidewalk delivery chutes of Chinatown. The old Hall of Justice was already gone, but Cookie was still running things from behind Kearny St. bar.  Did I say “legend”?